The BEST 13.1 miles in New England

Over $2 Million Donated to Our Communities 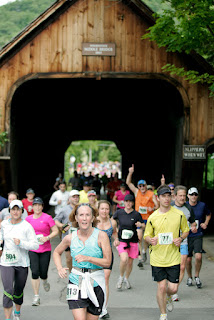 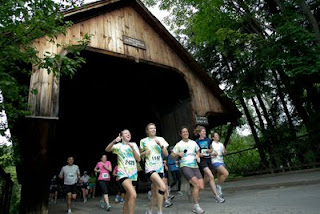 
The Covered Bridges Half Marathon was first run in 1992. Race founder David Cioffi and a group of community members got together to create a half marathon along some of the best running routes around Woodstock, Vermont. The course they designed was unique because of the four covered bridges along the way, two of which the runners ran through. After building a mailing list of over 4,000 names, the race had nearly 400 runners that first year.

Like many races, the course was adjusted several times in the first few years to address traffic and parking concerns, as well as the growing popularity of the race. The current course has been in place since 1997. The popularity of the race has continued to rise, reaching 2,900 registrants in 2001.

The race was scaled back in 2002 to 2,000 registrants in order to maintain the small feel of the race and in response to reduced parking capacity.

The race has grown very slowly to the present cap of 2,300 runners. The on-line registration fills quickly each year, usually in a few minutes from the time that it “goes live.”

The race is organized by a completely volunteer staff, under the corporate umbrella of CBHM, Inc., a non-profit corporation formed specifically to organize running events and donate the proceeds to charity.

The race donates more than $60,000 each year to local non-profit groups focused on youth activities and youth sports in the Upper Valley of Vermont and New Hampshire.

In recent years, groups have used the race to inspire volunteers to seek pledges for their respective causes, raising as much as $150,000.  The race committee has consciously limited the number of spots allocated to such efforts to maintain the feel and focus of the race itself.

The economic impact in the region is about $1.2 million!

Please check out our post: What Your Registration Fee Does

The Board of Directors of CBHM, Inc. include the race directors and representatives from the local area. Over 600 volunteers help make the race happen on race day, with many of the volunteers now in their 25th year at their posts.


From a 2014 Article by The Vermont Standard


Schools: Covered Bridges Half Marathon Donations ‘Fantastic’
The Vermont Standard reported on Thursday December 4, 2014 about some area schools that benefited from your race registration money.

By Virginia Dean, Standard Correspondent
A donation of $1,000 has just been sent to 11 elementary schools in the Upper Valley on behalf of the Covered Bridges Half Marathon (CBHM, Inc.) to be used in any manner the schools wish toward the physical education needs of their students.

“Through the generous support of our race participants and sponsors, we are able to present (these funds),” said CBHM, Inc. President Bill Blaiklock. “We are proud to continue to donate funds that support recreational opportunities for children in our service area.” READ MORE

In addition to these "scholarships" mentioned in this article, CBHM, Inc. donates over $50,000 to support youth sports teams and recreation programs. And through a unique partnership with local charities, race participants seek pledges for our charities, raising over $130,000 that benefits the community. 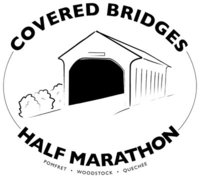 C​BHM is a 501(c)(3) nonprofit organization. Donations/Registration fees are tax-deductible to the extent allowed by law.